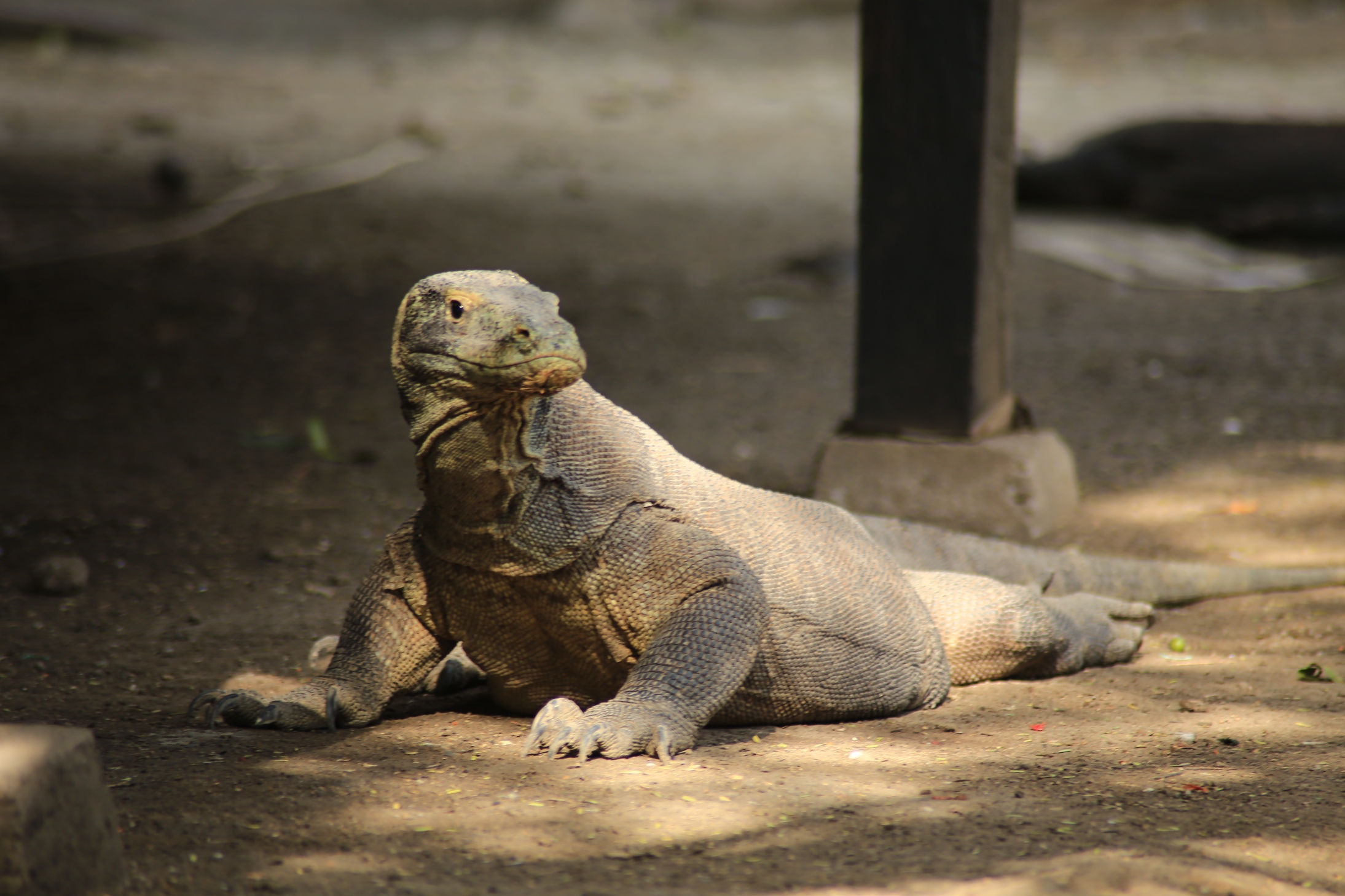 Christmas Island crabs? The adorable quokkas of Rottnest? There’s perhaps no place in the world as synonymous with its animal inhabitants as Indonesia’s Komodo National Park.

A 603 sq km archipelago, Komodo National Park is part of the Lesser Sunda Islands, dotted between the Indonesian provinces of East and West Nusa Tenggara. Here the remarkable Komodo dragon – a beastly monitor lizard measuring up to 3m long – thrives on paradisiacal islands surrounded by a sparkling blue sea.

But spotting this famed lizard is only one of the park’s deluge of nature-based highlights, with visitors also treated to rich marine life, amazing (and accomplishable) forest hiking trails and pristine swimming beaches with strikingly-coloured sands.To help in making the most of your visit, here’s our guide to experiencing Komodo National Park’s multitude of wildlife attractions.

The small town of Labuanbajo on the large island of Flores isn’t actually part of the park but functions as the gateway where all boats depart from, making it one of the most scenic transport hubs in the world; a fishing village staving off development and offering epic Indo sunsets and a ramshackle, tropical vibe to those passing through.

Highlights here include eating fresh lobster (for a few rupiahs) at the night market, a selection of lovely snorkelling and swimming spots and – if the bright, burnt yellow coastal landscape starts to make your eyes ache – a placating trek through rural villages and farmland to the pale blue pools of Cunca Waterfall, hidden in the island’s interior.

You can only enter Komodo National Park on an organised boat trip from Labuanbajo. Some tours will tell you it’s possible to whip around ‘everything’ in a day, but it’s far more rewarding, relaxing and responsible to stretch the adventure out to at least a few nights on a weather-beaten but sturdy liveaboard boat. A voyage around the Unesco-protected reserve with an experienced local crew not only gives a sense of authenticity to the adventure but also directly benefits the local community and economy.

This style of touring also gives you more freedom over where you spend time in the water. The park may be named after its land-dwelling inhabitants, but the wildlife below the surface is equally as mesmerising. The waters here are rarely much deeper than 3m, so you can easily duck-dive through great schools of colorful fish that appear like crystals shimmering through translucent tides.

Manta Point lives up to its title, with divers pretty much guaranteed to see manta rays gliding along the ocean floor. There are actually two spots commonly known as Manta Point, but they each have similarly gentle currents and high visibility. Popular sites like Batu Balong and the Cauldron require a high level of experience to negotiate the swirling waters, but Castle Rock is a more manageable series of ledges where you’re likely to spot black and white reef sharks, seriously sizeable giant trevally and perhaps a dolphin or two. Beautiful green and hawksbill turtles frequent these waters too – expect at least a few to drift into your dive path at some point.

It’s worth noting the water moves a lot between the islands, so you should be a decent open water swimmer with some snorkeling experience to feel completely safe. A good captain will move with the current, so be ready to jump in at short notice.

Many visitors to the park don’t actually make it to Komodo Island, especially if short on time, and instead, opt for Rinca Island where dragon spotting is possible (and arguably easier due to the largely barren landscape) while undertaking hikes around the island. Other wildlife on offer includes buffalo, Timor deer, wild pigs, and eagles. But it does heat up quickly, so come prepared with plenty of water and sun protection.

More popular for keen trekkers is Padar, a small, narrow island beside Komodo that boasts a wonderful 2-hour hike to a dramatic viewpoint that offers one of the best panoramic views in the entire park. Padar is also home to blissful Pink Beach which has, you guessed it, pink sand. The effect, which can also be seen on some of the park’s other beaches, is caused by a red coral which thrives just offshore and stains the otherwise bright white sand.

Smaller and less well-known, Kalong Island is home to one of the park’s more eerie wildlife displays. Around sunset, ‘Bat Island’, as it is known in English, is enveloped by vast clouds of the nocturnal creatures rising above the mangroves in search of food. It’s a spectacular natural treat that typifies the visceral experience of visiting Komodo National Park.

Komodo Island is a juggernaut when it comes to wildlife destinations. The isle is home to some 25 endangered species, plus thousands of migratory birds that nest in the dense foliage scattered beneath Mount Satalibo.

Then, of course, there are the dragons. Spotting one is a bucket-list experience for many nature enthusiasts and there’s an added romance to seeing these beasts in their eponymous homeland.

Known as oras to the roughly 2000 local Muslim Bugis fishermen, this prehistoric monitor lizard pretty much has the lay of the land. Because the locals don’t eat the ubiquitous Timor pigs – the dragons’ main food source (alongside deer and water buffalo) – the reptiles have been left to flourish. It also helps that the Komodo dragon is enshrined in ancient folklore, stemming from an old legend that tells of a man falling in love with a dragon princess, who gives birth to twins: a human boy and a female komodo dragon. The story paints the animals and native humans as kindred spirits and thus should live in harmony. The fact the Indonesian government banned hunting them in 1915 may have also had something to do with the reptile’s long-term survival.

The dragons on Komodo Island are not as easy to spot as Rinca, even though they are larger and more plentiful. But it shouldn’t take long on a guided hike – and you must visit with a guide –  to come across these scaly monsters, especially in the early morning when they move about their natural habitat with quiet confidence. By noon, the dragons tend to rest in small groups in the forest shade or in their burrow. You don’t need to be closer than 10m or so to get a sense of the animal’s prehistoric origins, with their thick scaly skin and powerful whipping tails.

A word of warning though: the dragons can smell blood for miles, so be careful what’s in your rucksack and to clean any wounds before venturing out. The dragons have a fierce bite and have been known to startle and even attack some wayward travelers. Keep your wits about you.

Komodo National Park is a living case study on the benefits of sustainable tourism. The wildlife here has been able to prosper thanks to progressive policies governing its management and the awareness of local communities on the need to protect and nurture their livelihood.

Tourist numbers are increasing though – the mood in Labuanbajo is a little restless – so it’s crucial to be mindful of how your visit impacts the local environment and economy. Stay on liveaboard boats, avoid plastic waste, employ local guides and celebrate the great biodiversity of this ancient playground (after all, tourism can be a force for good, too).

If we don’t tread lightly, the Komodo dragon may – like its mythical, fire-breathing cousin – soon exist only in works of fantasy.

Get more travel inspiration, tips and exclusive offers sent straight to your inbox with our weekly newsletter. 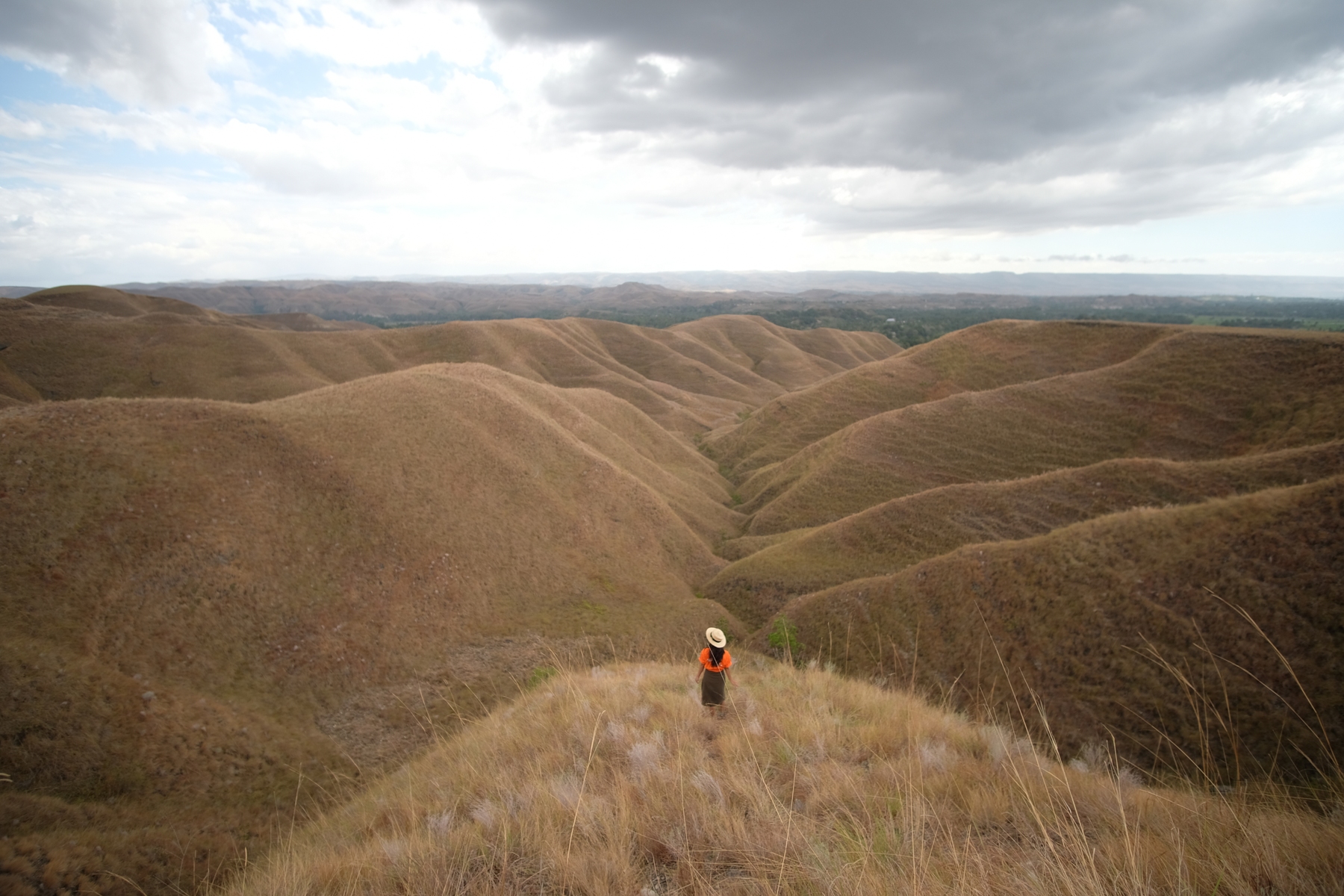 The Problem Free Philosophy of PuruKambera 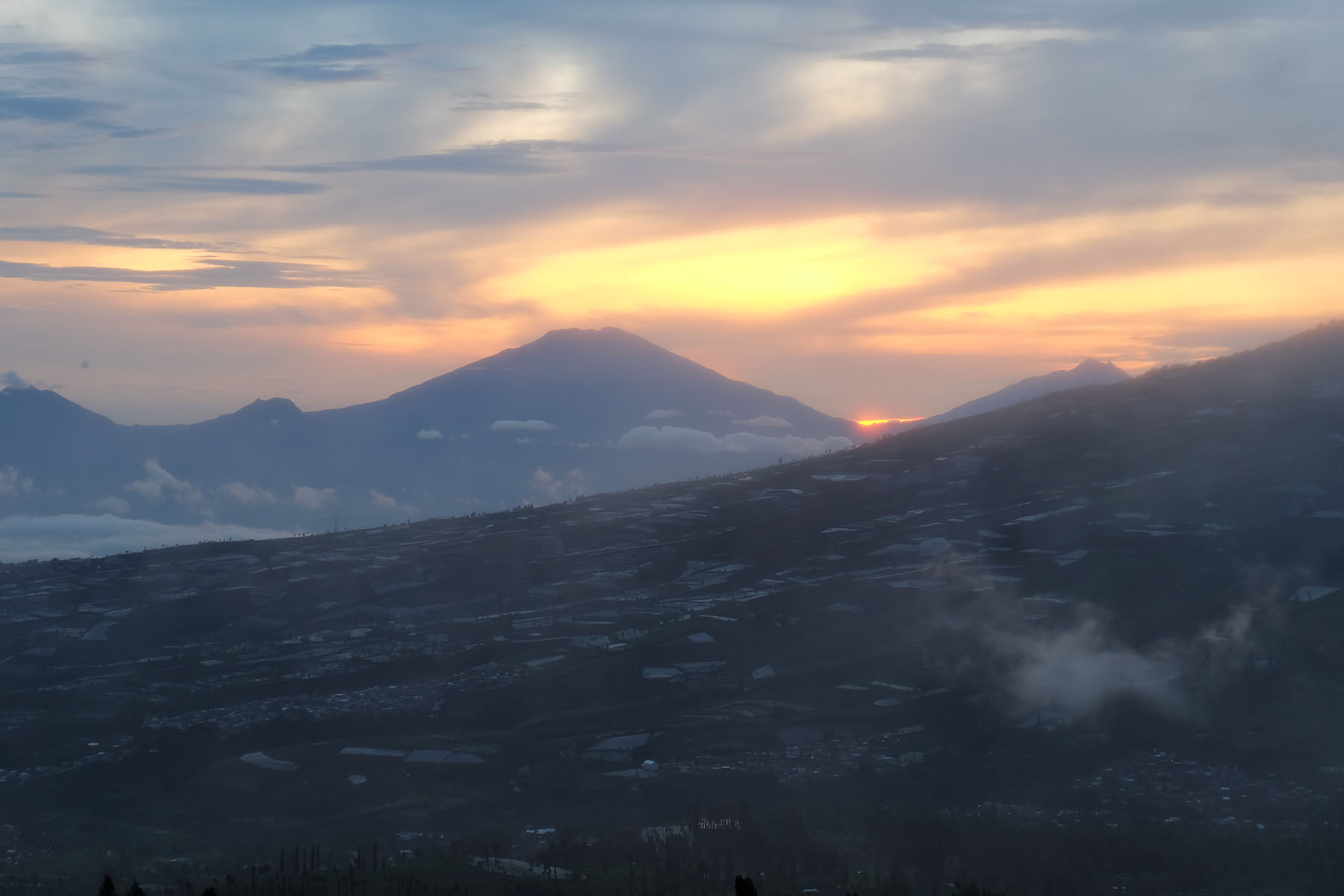 In Between The Twins at Central Java 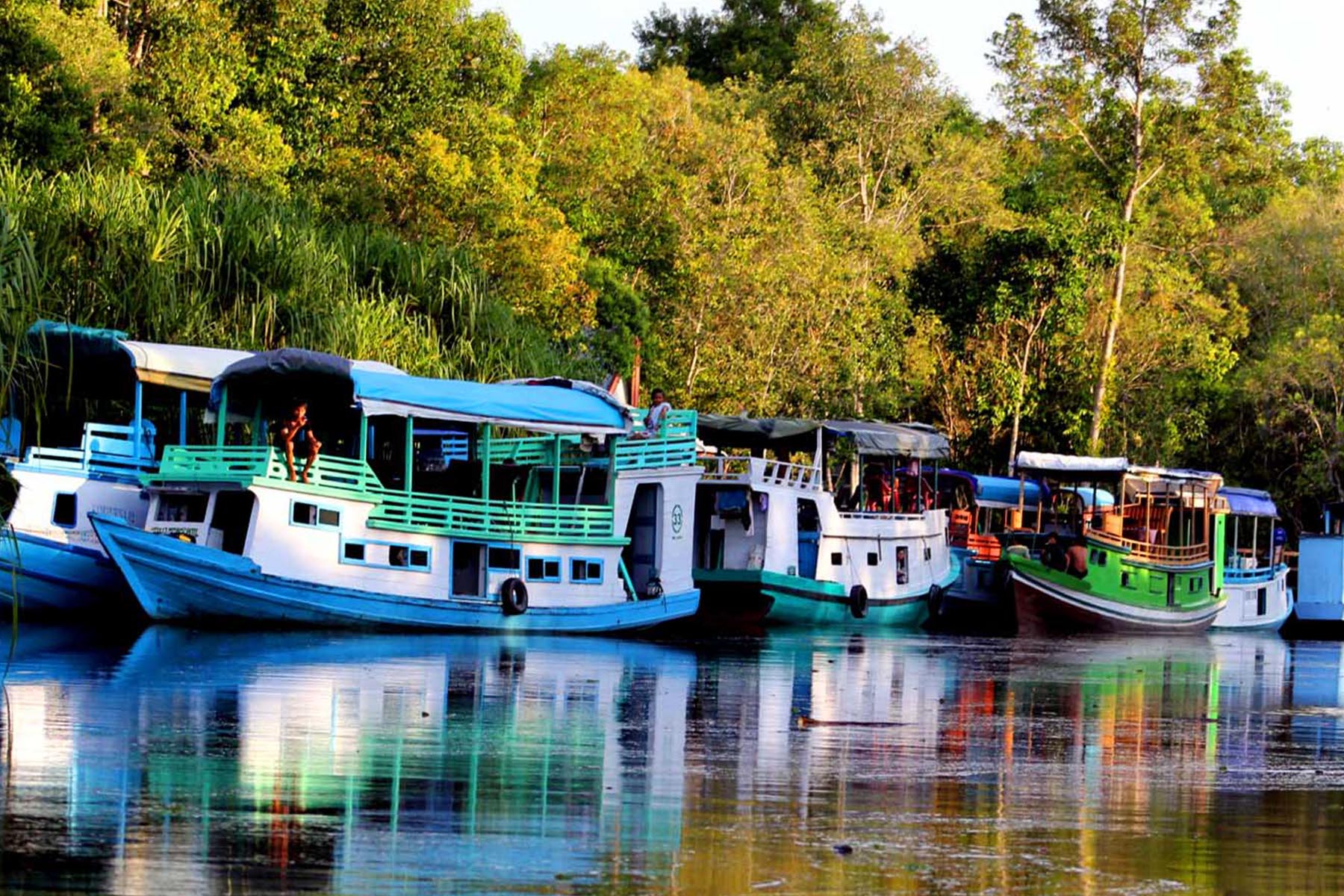